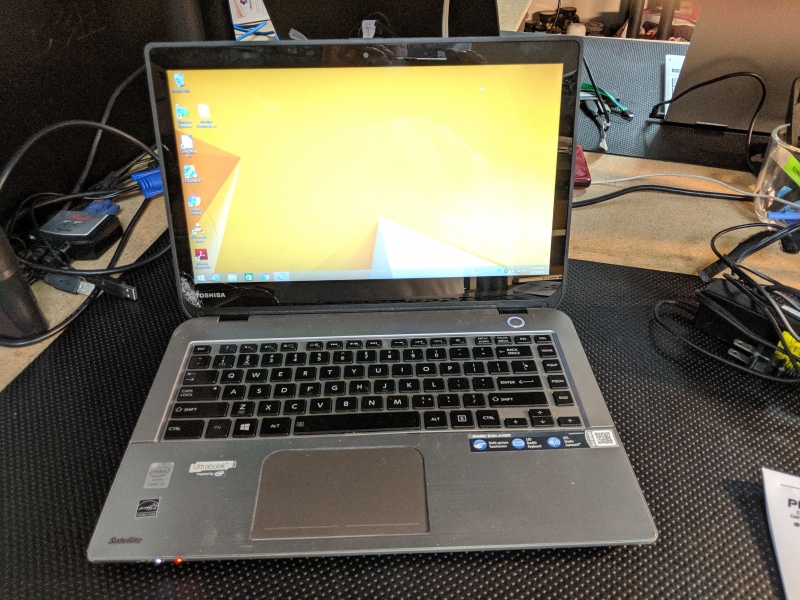 What happened here is that it came in with a black screen. We really don’t know the story behind it. You could boot it up, but you would get a black screen with no mouse, no video, nothing. The unit seemed like it was turning on, but some corruption that could not get to the desktop. We took a look at that and found that it was a corrupt operating system. 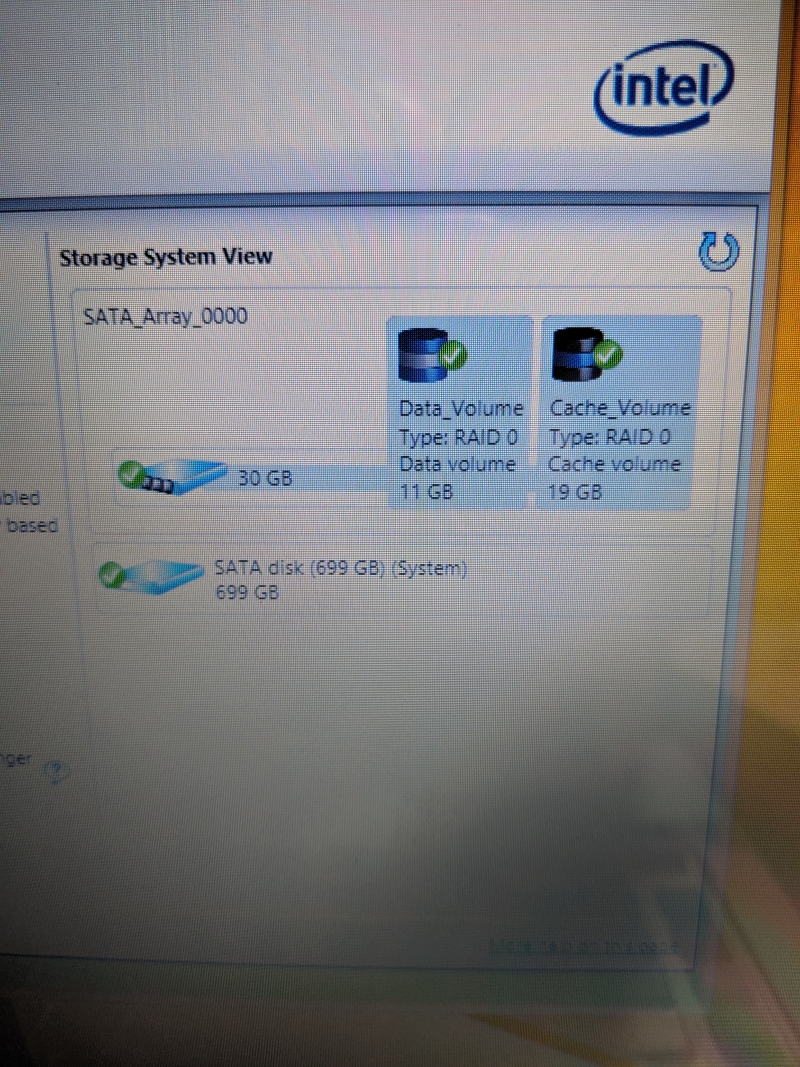 This unit has a small SSD for cache, so maybe that created some type of problem. Whatever the problem was, the customer tried to finagle it and tried to figure it out. They probably made it worse. If they hadn’t messed with it, we probably would have just been able to restore the operating system with some repairs – something to that effect. When a customer already starts messing around with it, it’s kind of hard to backtrack and see what they did or what happened there.

The recommendation here was just to start fresh. We did a backup because they had a ton of data on there. It’s one of the services that we provide; we’ll back up your data. We do not intall special programs or anything, just a fresh start. That’s always a good option unless you have your system highly customized with software that you’re going to have trouble reinstalling or something like that. A fresh start is always a good option. That’s what we did with this baby here, it came with 8.1 and had not been upgraded to Windows 10, so that’s what we installed on it.

Cache is basically there to kind of speed up the operating system because it has a regular spinning hard drive, a conventional hard drive. This unit might have been 5 to 6 years old, but if you went back 5-6 years, then you know the SSDs were expensive. So this was one of the ways to improve the performance by putting a small SSD. This one has a 32 gig SSD installed.

One little tip for users or even techs out there, when you have one of these units with those SSDs that are being used for cache…

When you do these installations that you want to do the straight-up installation, that SSD is just probably going just to sit there, you have to install the Intel software, which automatically is going to pick it up and do all the settings. So if you look at the picture below, you’re going to see the Intel RST. You can open up to software and see if it’s active, tells you everything’s up and running and on. 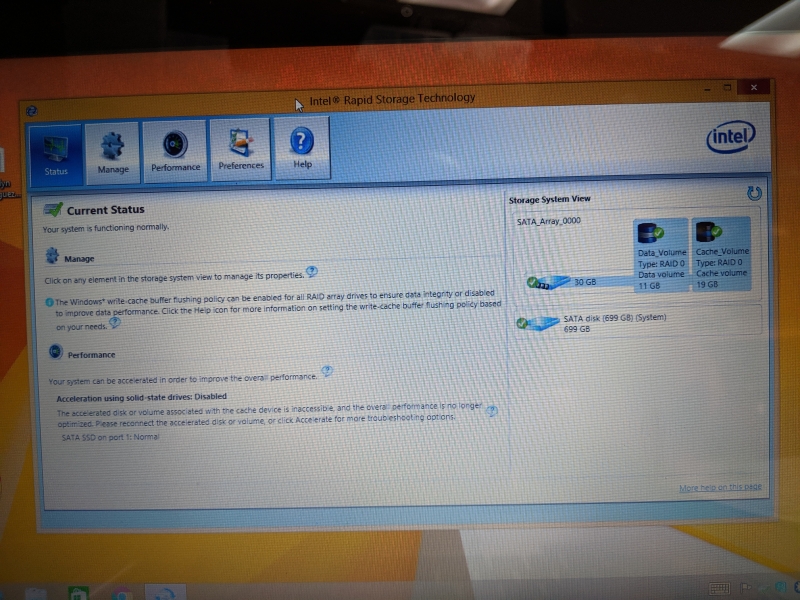 So keep that in mind. Probably the easiest way to get that installed is to go through the manufacturer site. If the unit is running that software, then it’s going to be there. That’s a little tip for you there.
Outside of that, everything’s up and running and is good to go.

We know choosing where to take your computer and cell phone for repair can be concerning. Who can you trust? Is the work done right and at a fair price? We hear you and that is why we are one of the fastest growing computer repair shops in Miami. But, don't take our word for it just read what our customers say in over 300 Five Star reviews on the web. Our process is simple, you don't need an appointment and we generally can provide an estimate within 10-15 minutes. We offer several service levels Standard, Priority and Urgent so you can choose your level of service. We can also provide on-site service to your home or office if that is your preference. We also offer hard to find specialty products and services like Linux installations, custom dual boot laptops, desktops, mini desktops and the KodiPi movie box. Need some one on one help with your computer? We can help with our one to one tutoring for all your computer needs. So what are you waiting for? Call or Visit Us Today